NIGERIA VS CAPE VERDE: THE ACID TEST OF THE SUPER EAGLES PREVIEW 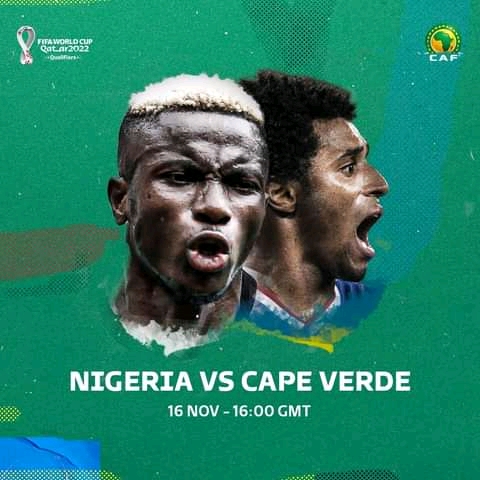 Today is the last game fixture of the Super Eagles in the FIFA World Cup African Qualifier; Nigeria host their counterpart the Blue Sharks of Cape Verde at the Teslim Balogun Stadium.
This game is an acid test of the Super Eagles chance to play in the World Cup African Qualifier play-off next year. In which they join other 9 teams to decide the 5 countries that will be representing Africa at the 2022 World Cup in Qatar. The Super Eagles only need a point to qualify to the next stage, a victory over Cape Verde will be super. They must avoid defeat from the Blue Sharks.
Nigeria is at the top of group C with 12 points and Cape Verde is behind them with 10 points, 2 points apart. This is the third time they will be meeting each other, in their last two meetings, Nigeria had a win and a draw.